I worked in the FI industry and experienced some of the same as I would not allow exec management make changes that adversely effecting shareholders. This Le...

I worked in the FI industry and experienced some of the same as I would not allow exec management make changes that adversely effecting shareholders. This Lehman story is on steroids and yet no one has been held accountable.

One issue/question that I would have like to have seen addressed or at least explicitly acknowledged is that the 2 male whislteblowers were well off financi...

One issue/question that I would have like to have seen addressed or at least explicitly acknowledged is that the 2 male whislteblowers were well off financially while the women who were at lower levels in the organization were struggling financially. They male whisltebloweres appeared to think they had done the right thing, which as true to some extent but it appears that they profited from and kept the profits from the wrong doing. And why was the CEO not called to task? criminally or financially?

This was an insightful seminar

This was an insightful seminar

The case study (documentary film Inside Lehman Brothers) chronicles the story of Oliver Budde, former in-house counsel (associate general counsel) of the Lehman Brothers, and the mostly-female mid-tier manager whistleblowers, who all paid a steep price in the 2008 American subprime mortgage crisis. Many of the top-positioned men remained untouched. Although today the banks have recuperated and are back to business as usual, Inside Lehman Brothers is the cautionary tale for how damaging fraudulent behaviour can be. The demise of the giant financial global institution Lehman Brothers, a bankruptcy estimated at $639 billion, accelerated the global financial crisis and sparked debate in Washington over ethical issues on Wall Street and in other financial markets around the world.

Overall, the course is founded on the ethical lessons we can learn from Lehman Brothers’ massive bankruptcy that has been identified as one of the major causes of the 2008 global financial crisis. The overall objective of this course is the promotion of professionalism – i.e., professional ethics, which encompasses the personal and corporate standards of behavior expected by legal and business professionals to prevent corporate misconduct and fraud.

The course Inside Lehman Brothers: A Case Study in Compliance, Corporate Misconduct, Whistleblowing and Ethical Decision Making is a visual legal advocacy research project supported by the Hennick Centre for Business and Law of York University (a joint initiative of Osgoode Hall Law School and the Schulich School of Business at York University). 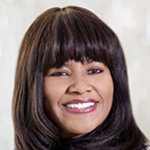 Lori-Ann Beausoleil is the National Forensic Services Leader for PwC Canada working in the Toronto office. She is also a member of the Deals Leadership Team and she is the Consulting and Deals Leader for the Canadian Real Estate practice.

She is also involved with the development and execution of the Consulting and Deals Real Estate strategy.

Lori has managed and led a variety of crisis prevention assignments including developing anti-bribery and corruption (“ABC”) compliance programs and the related governance for several global clients; assisting organizations with ABC remediation programs to address known vulnerabilities; assisting with fraud and corruption vulnerability control and risk assessments;  assisting companies with their remediation activities; and assisting companies with the execution of the related control audits to ensure ongoing compliance.  She also works closely with corporate boards to ensure they have the right information around the company’s ABC program in order to provide the requisite governance oversight. She works with global, international and national clients in a variety of industries, and is a subject matter controls expert for litigation purposes.

As the Consulting and Deals leader for the Canadian Real Estate practice, Lori-Ann provides a variety of consulting services to our clients, including financial and operational risk assessments, regulatory compliance and business control reviews, internal audit advisory services, and process improvement reviews. Her practice covers a variety of real estate corporations and REITs specializing in office, retail, multi-residential and senior housing. With more than 30 years of experience, Lori-Ann's client service style emphasizes a sound knowledge of the real estate industry and the related trends. 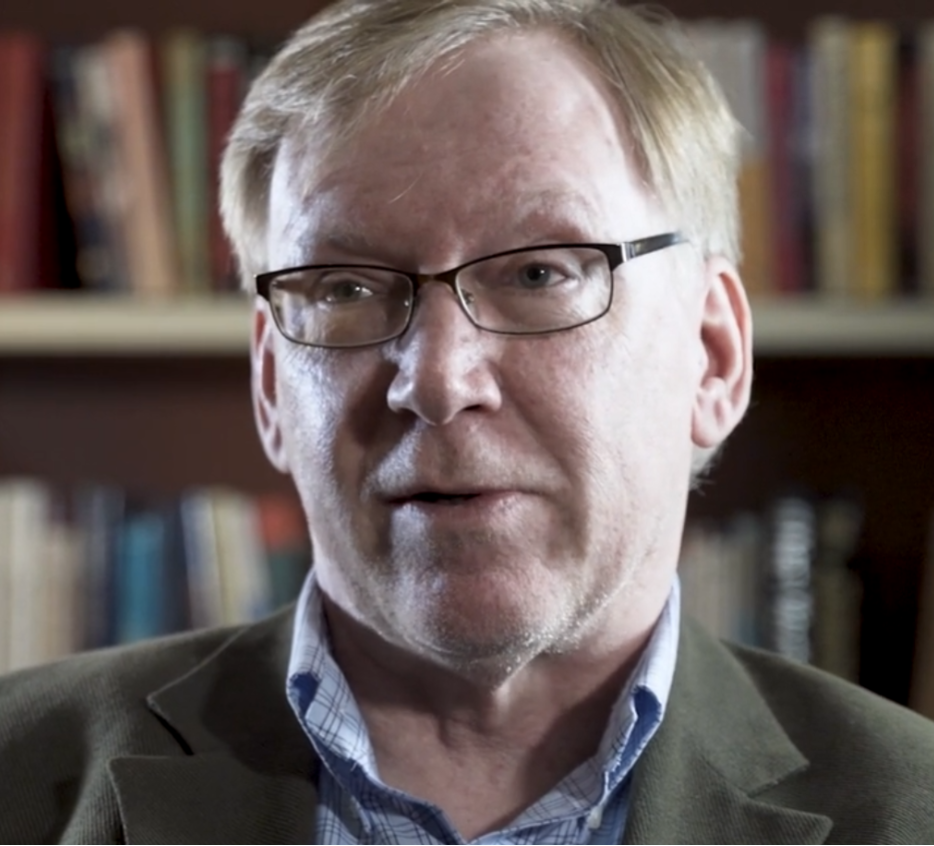 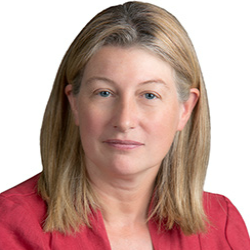 Mary Condon was appointed Dean of Osgoode Hall Law School on July 1, 2019. She served as Associate Dean (Academic) from July 2016 to April 2018, and as Interim Dean from May 1, 2018 to June 30, 2019. Between 2008 and 2016 she was appointed by the Ontario government as a Commissioner and Board Member of the Ontario Securities Commission (OSC). For three of those years (2011-2014) she served as one of two full-time Vice-Chairs of the OSC. In that capacity she was executive sponsor of a number of policy initiatives. She also issued numerous adjudicative decisions as a member of the OSC’s tribunal. In early 2018, she was appointed a member of the board of the Capital Markets Authority Implementation Organization (CMAIO), an interim body set up to assist with the establishment of a Capital Markets Regulatory Authority for co-operating jurisdictions in Canada.

Dean Condon teaches Securities Regulation and Advanced Securities in Osgoode’s JD program and also directs and teaches in the Professional LLM in Securities Law program. In the 2009 winter term, she was awarded the Walter S. Owen Chair at the Faculty of Law, University of British Columbia, where she was also the co-director of the National Centre for Business Law. Her research interests are focused primarily on the regulation of securities markets, investment funds, online investing, and pensions. She is co-author of Business Organizations: Practice, Theory and Emerging Challenges (with Robert Yalden, Janis Sarra, Paul Paton, Mark Gillen, Carol Liao, Michael Deturbide, Mohamed Khimji, Bradley Bryan and Gary Campo). She is co-author of Securities Law in Canada: Cases and Commentary (with Anita Anand, Janis Sarra and Sarah Bradley), [3rd edition, 2017]. She is the author of Making Disclosure: Ideas and Interests in Ontario Securities Regulation (UTP). She has also written articles, book chapters and policy papers on topics related to securities regulation and pensions policy and has given invited lectures on these topics in Canada and internationally.

In 2018, she was named one of the top 100 Most Powerful Women in Canada (Public Sector Category) by Women’s Executive Network.  Between 2014 and 2016 she served as a member of Canada’s National Steering Committee for Financial Literacy. She was a member of the Board of Trustees of the York University Pension Fund between 2005 and 2014.  She joined the Osgoode faculty in 1992, having been the first recipient of the Alan Marks Medal for her doctoral thesis at the Faculty of Law, University of Toronto.

Ms. FitzGerald’s arbitration practice includes experience in ad hoc arbitrations (e.g., under the UNCITRAL Arbitration Rules) and arbitrations administered under the auspices of major arbitral institutions, such as the ICC, the LCIA, ICSID and the AAA. In the course of this work Ms. FitzGerald has garnered dispute resolution expertise in a number of industry sectors, including upstream oil and gas, chemicals, construction and natural resources.

Eugene Soltes is the Jakurski Family Associate Professor of Business Administration at Harvard Business School where his research focuses on corporate misconduct and fraud, and how organizations design cultures and compliance systems to confront these challenges. He teaches in several of the school’s executive education programs and was the recipient of the Charles M. Williams Award for outstanding teaching.

Professor Soltes’ work on corporate misconduct and fraud culminated in the book Why They Do It: Inside the Mind of the White-Collar Criminal, which was described by Kirkus Reviews as “a groundbreaking study” on white-collar criminality. The book explores why often wealthy and successful executives engage in deception. The investigation draws on more than seven years of interaction with nearly fifty of the most high-profile former executives. The book refutes popular explanations of why seemingly successful executives engage in fraud and shows that most executives make decisions the way we all do—on the basis of intuitions and gut feelings. The trouble, Soltes shows, is that these gut feelings are often poorly suited for the modern business world and often lead to the harmful acts that we so often read about in the news.

At the organizational level, Professor Soltes examines how firms voluntarily disclose information to investors, employees, and regulators. This research has been published in leading finance, accounting, and economics journals and has resulted in numerous awards including the Hillcrest Behavioral Finance Award, California Corporate Finance Conference Award, and the Financial Research Association Best Paper Award.

Professor Soltes is a popular keynote speaker and frequently advises firms about their compliance programs and training. He is regularly invited to speak to regulators, including the Department of Justice, Securities and Exchange Commission, United States Treasury, and the Federal Bureau of Investigation. Professor Soltes’ research has been widely quoted by the media including in The Wall Street Journal, Financial Times, The New York Times, NPR, and The Economist.