OVERALL OBJECTIVE OF THE CPD PROGRAM

The overall objective of this course is to promote the value and best practices for human rights, equality, diversity and inclusion (EDI) in our society and in Canadian organizations.

Synopsis of the case study:  At age 27 in his first case, Ben Ferencz, a Harvard-educated lawyer, prosecuted 22 men at Nuremberg—the biggest murder trial in history. Since then, Ferencz has been on a lifelong crusade to fight for justice, advocating for the establishment of an international rule of law and the International Criminal Court. In this gripping documentary, award-winning filmmaker Barry Avrich tells the story of one of the Holocaust’s most heroic figures—and one of the world’s most committed human rights lawyers—who believes, firmly in “law, not war.”

CPD focus: The experts will discuss the Holocaust as the catalyst for the rise in recognizing the need for education, human rights, justice and equality, diversity and inclusion (EDI) in our world. More than six million Jews were slaughtered, whom the Nazis targeted as the priority “enemy”. They were a part of the 70-85 million people that perished as the Nazis targeted other groups for persecution, imprisonment, and annihilation also, such as the Roma (Gypsies), people with disabilities, Poles, Soviet prisoners of war, and Afro-Germans. The Nazis also identified political dissidents, Jehovah’s Witnesses, homosexuals, and so-called asocials (beggars, alcoholics, drug addicts, prostitutes, and pacifists) as enemies and security risks either because they consciously opposed the Nazi regime or some aspect of their behavior did not fit Nazi perceptions of social norms. This horror certainly served as a sharp catalyst for the need and creation of a more humane world order. As such, paving the path to the Universal Declaration of Human Rights (UDHR) adopted post Worwld War II by the United Nations General Assembly in Paris on December 10, 1948. The experts will guide participants to gain deeper understanding for the importance of Human Rights laws and protections for humanity as a whole while studying how the Holocaust, as well as other genocides steered the path for the creation thereof. The experts will also help participants perceive the human consequences of the Holocaust and war and the dangers of forgetting history — while grasping the essence of the collective responsibility of remembrance. Dangers of racism and hate are still very much alive and prevalent in our world today, and how it is up to us to fight for peace, security, and prosperity for humanity. The experts will touch on possible solutions to counter old/new racism and Antisemitism — our collective responsibility to promote human rights and combat racism in all its forms. 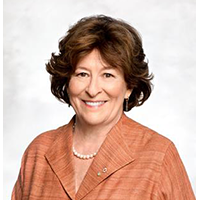 Madam Arbour has received numerous honorary doctorates and awards. Most noteworthy, she has been a Companion of the Order of Canada since 2007 and a Grand Officer of the Ordre national du Québec since 2009, as well as a Commander of the Légion d’honneur, and has been decorated by Spain, Colombia and Belgium. 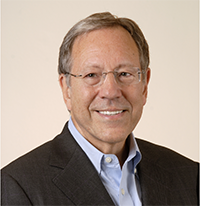 The Honourable Irwin Cotler, PC, OC
Irwin Cotler is the Chair of the Raoul Wallenberg Centre for Human Rights, an Emeritus Professor of Law at McGill University, former Minister of Justice and Attorney General of Canada and longtime Member of Parliament, and an international human rights lawyer.

A constitutional and comparative law scholar, Professor Cotler is the author of numerous publications and seminal legal articles and has written upon and intervened in landmark Charter of Rights cases in the areas of free speech, freedom of religion, minority rights, peace law and war crimes justice.

As Minister of Justice and Attorney General, Irwin Cotler initiated the first-ever comprehensive reform of the Supreme Court appointment process and helped make it the most gender-representative Supreme Court in the world; appointed the first-ever aboriginal and visible minority justices to the Ontario Court of Appeal; initiated the first-ever law on human trafficking; crafted the Civil Marriage Act, the first-ever legislation to grant marriage equality to gays and lesbians; issued Canada’s first National Justice Initiative Against Racism and Hate; quashed more wrongful convictions in a single year than any prior Minister, and made the pursuit of international justice a government priority. 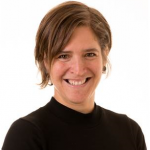 Before joining Laval University, she worked as special adviser and human rights officer in the Executive Office of the United Nations High Commissioner for Human Rights in Geneva; as human rights officer and special assistant to the President of the International Commission of Inquiry on Darfur; as a lawyer for the Global Justice Center (Justiça Global) in Rio de Janeiro, Brazil; as a law clerk to the Honourable Louise Arbour at the Supreme Court of Canada and as a Barrister at McCarthy Tétrault law firm in Montréal. She graduated from the National University of Ireland Galway (Ph.D. 2011), with first class honours from Cambridge University (LL.M. 2004) and with distinction from Laval University (LL.B.1999).

She is the author of the book Prosecuting Genocide, Crimes Against Humanity and War Crimes in Canadian Courts (Toronto: Carswell, 2012) and co-author of the annual publication Chartes des droits de la personne (Wilson & Lafleur). She is a member notably of the Quebec Bar, of the board of administration of Lawyers Without Borders Canada, of the Canadian Council of International Law and of the Editorial Board of the Journal of International Criminal Justice, where she also acts as book reviews editor.

AND HOLOCAUST SURVIVOR AND AUTHOR: 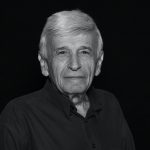 Max Eisen was born in 1929 in Moldava nad Bodvou, Slovakia.  Mr. Eisen is a Holocaust survivor, an author, public speaker and Holocaust educator. He travels throughout Canada giving talks about his experiences as a concentration camp survivor, to students, teachers, universities, law enforcement personnel, and the community at large.  He has worked with the March of the Living, the Sarah and Chaim Neuberger Holocaust Education Centre, the Simon Wiesenthal Centre, and the Canadian Centre for Diversity and Inclusion (CCDI).

With the encouragement of German lawyer Thomas Walther, Eisen testified in Germany at the trial of two former SS guards at Auschwitz: Reinhold Hanning (in 2016) and Oskar Gröning (2015).  Both were convicted at their trials. He has been an active participant in March of the Living having made the journey back to Auschwitz-Birkenau, with thousands of students, 18 times.  His book By Chance Alone: A Remarkable True Story of Courage and Survival at Auschwitz is one of the five shortlisted 2019 Canada Reads books. It is a first person memoir written by Eisen about his experiences during the Holocaust.

We suggest moving this party over to a full size window.
You'll enjoy it way more.
Close
Go Fullscreen