I wasn't sure if I would spend an hour on this subject but the time went by extremely quickly with the 7 different presenters who articulated each segment in...

I wasn't sure if I would spend an hour on this subject but the time went by extremely quickly with the 7 different presenters who articulated each segment in easy to understand terms , use of examples and for me, not using jargon which is used in so many industries- finance, governance. I rate this as a 5 star presentation.

The film and the content allow the understanding of AI and how AI can be used as a tool to improve efficiencies in normal base case situations from past outc...

The film and the content allow the understanding of AI and how AI can be used as a tool to improve efficiencies in normal base case situations from past outcomes supporting/predicting the outcome of situational cases that are alike. The film also noted potential bias that would be inherited in AI, as well as, AI increasing the capacity of professionals focusing on their customers through value-added solutions on outcomes (AI vs. humans, the war on knowledge).

The presentation was insightful and provided reassurance that this path has value and merit and that there is awareness of the risks involved.

The presentation was insightful and provided reassurance that this path has value and merit and that there is awareness of the risks involved.

Very well put together. Easy to understand the concepts of AI. Good that the bias limitations were also covered.

Very well put together. Easy to understand the concepts of AI. Good that the bias limitations were also covered.

Great lecture. I had much to think about.

Great lecture. I had much to think about.

About the Documentary Case Study

The general perception about AI is that it remains a scary and negative revolutionary force. However, the very roots of modern Western democracy and legal institutions go back to the history of law and revolution. This is why the film parallels the American Revolution with the revolutionary slogan “No Taxation without Representation” and the current artificial (AI) revolution. Can we be hopeful and expect positive change? or should white-collar professionals fear for their jobs, like blue-collared ones? Can we avoid the dark future of AI and robotic intelligence often portrayed in Hollywood films such as The Terminator franchise where the machines will take over humanity? Benjamin Alarie argues that technology and AI could be the path of legal singularity and could reinvent our legal and social order in a positive way. 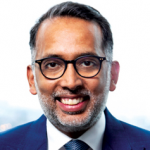 Armughan’s teams have developed award-winning innovative offerings using Artificial Intelligence, Blockchain, Intelligent automation, Process workflows and Cyber security technologies. These solutions scale traditional and low-code no-code based applications for finance, retail, healthcare, manufacturing and telecom sectors. He is a frequent guest speaker on digital and innovation topics in North America, Europe and Asian markets where he has worked for over 20+ years of his global experience.

Armughan serves on the board of Future Skills Center innovating the future of work with human and machine collaboration. He also serves on Queens University’s Smith School of business board and Waterloo’s engineering dean’s advisory board. Armughan is a passionate promoter of girls’ STEAM education, mental health awareness and homelessness resettlement programs. 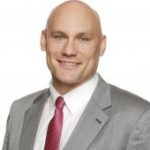 Benjamin Alarie, M.A. (Toronto), J.D. (Toronto), LL.M. (Yale) is the CEO of Blue J and is a full professor at the University of Toronto where he also holds the Osler Chair in Business Law. Benjamin Alarie researches and teaches in taxation law and judicial decision-making. Before joining the Faculty of Law, Professor Alarie was a graduate fellow at Yale Law School (2002-2003) and a law clerk for Madam Justice Louise Arbour at the Supreme Court of Canada (2003-2004). Over the years his publications have appeared in numerous academic journals, including the British Tax Review, the Canadian Tax Journal, and the American Business Law Journal. His research has been funded by the Social Sciences and Humanities Research Council, the Canadian Foundation for Innovation, and the Ontario Ministry of Research and Innovation. He is coauthor of several editions of Canadian Income Tax Law (LexisNexis) and was awarded the Alan Mewett QC Prize for Excellence by the JD class of 2009. 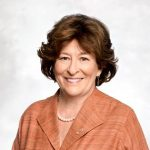 She completed in December 2018 her mandate at the UN as Special Representative of the Secretary-General on International Migration, which led to the adoption of the Global Compact for Migration. She has also held other senior positions at the United Nations, including High Commissioner for Human Rights (2004-2008) and Chief Prosecutor for The International Criminal Tribunals for the former Yugoslavia and for Rwanda (1996 to 1999).
She formerly sat as a justice of the Supreme Court of Canada from 1999 to 2004, on the Court of Appeal for Ontario and the Supreme Court of Ontario. She chaired an inquiry commission that investigated events at the Prison for Women in Kingston, Ontario, and has also served as a member of the Global Commission on Elections, Democracy and Security. In 2021 she was appointed to carry out a review into the Canadian Armed Forces and Department of National Defence, in response to reports of harassment and sexual misconduct within Canada’s military.
Madam Arbour also formerly served as an ad hoc judge in the International Court of Justice and as a member of the Advisory Panel to the Minister of Defence on Canada's Defence Policy Review. She is currently a member of the Global Commission on Drug Policy, the International Commission Against the Death Penalty and the Advisory Board of The Coalition for the International Criminal Court.

B.A. (McGill), J.D. (Yale). Avi Brudner is the COO of Blue J. Before joining Blue J, Avi was an attorney at Fried, Frank, Harris, Shriver & Jacobson LLP where he advised hedge fund and private equity fund managers in all stages of the fund lifecycle. More recently, Avi worked as a management consultant at McKinsey & Company, where he designed and implemented transformation and product development strategies for financial services and technology companies in the Fortune 500. While at Yale Law School, Avi was an editor of the Yale Law Journal and Yale Law and Policy Review. 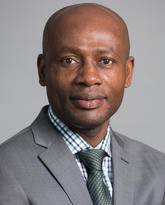 Prior to joining the Faculty of Law at the University of Calgary in August 2019, Gideon worked part-time as an adjunct professor at the Faculty of Law, University of Ottawa, and full time as Legal Counsel with the National Litigation Sector at the federal Department of Justice where he conducted electronic discovery in high-profile litigation involving the Government of Canada. 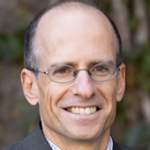 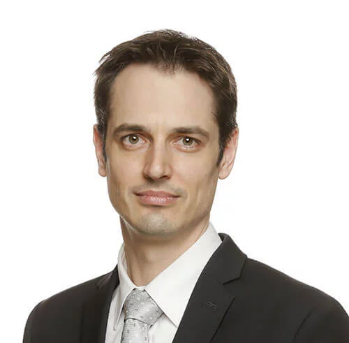 B.C.S. (Melbourne). Brett Janssen is a co-founder and the CTO of Blue J. Before relocating to Canada in 2015 from Melbourne, Australia, Brett worked at IBM in roles of increasing seniority on enterprise software development projects. He has over 15 years of experience in all stages of the software development cycle, including proposal work, requirements analysis and elicitation, architectural design, technical consulting, design and documentation of critical components, architectural support of development, test and deployment. In recent years he has worked as an enterprise solution architect, delivering several complex, large scale enterprise solutions for clients including Telstra, ANZ Bank, Westpac Bank, and government organizations. 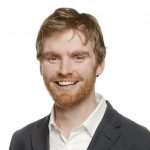 B.Com (Melbourne), LL.B. (Melbourne), Ph.D. (Harvard), Co-Founder, Blue J , UofT Law professor.
Anthony Niblett is a co-founder of Blue J and holds the Canada Research Chair in Law, Economics & Innovation at the Faculty of Law at the University of Toronto. Professor Niblett conducts research on big data, law and economics, contract law, and judicial behaviour. His research has appeared in many leading academic journals, including the International Review of Law & Economics, the Journal of Legal Studies, and the European Journal of Law and Economics. His research has been funded by the Connaught Fund and the Social Sciences and Humanities Research Council. Before joining the University of Toronto in 2011, Professor Niblett was a Bigelow Fellow and Lecturer-in-Law at the University of Chicago Law School. 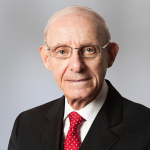 The Honourable Marshall Rothstein, C.C., Q.C.
The Honourable Marshall Rothstein, C.C., Q.C., is a partner at Osler, Hoskin & Harcourt LLP, based in their Vancouver office who provides valuable expertise and counsel firm-wide.
One of Canada’s most esteemed jurists, he served as Justice of the Supreme Court of Canada from 2006 until his retirement in 2015, and he has over 50 years of judicial and legal experience.
Marshall’s work has shaped the Canadian business law landscape, having authored more than 100 judgments and arbitral decisions on domestic and cross-border cases of commercial significance and complexity. He brings a unique perspective to the firm, and his broad-ranging practice focuses on a wide variety of dispute resolution matters, including M&A, tax, competition, intellectual property and issues in the transportation and energy sectors.
A Winnipeg native, Marshall attended the University of Manitoba (B. Comm., LL.B.) and was called to the Manitoba Bar in 1966 before becoming a civil litigator in private practice. He was appointed Queen’s Counsel in 1979. For nearly three decades, he solidified his reputation as one of the country’s leading counsel in numerous high-profile cases.
Marshall was appointed to the Trial Division of the Federal Court of Canada in 1992, was elevated to the Federal Court of Appeal in 1999 and appointed to the Supreme Court of Canada in 2006.
Marshall was appointed a Companion of the Order of Canada in 2017, one of Canada’s highest civilian honours, which recognizes outstanding achievement, dedication to the community and service to the nation. 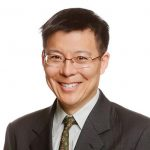 Albert Yoon holds the Chair in Law and Economics. Albert received his undergraduate degree from Yale and his law and doctoral (political science) degrees from Stanford. During law school, he was the senior articles editor of the Stanford Law Review. After graduation, he clerked for the Hon. R. Guy Cole of the U.S. Court of Appeals for the Sixth Circuit and was a Robert Wood Johnson Scholar in Health Policy Research at U.C. Berkeley. Before joining the Faculty of Law, Albert was professor of law at Northwestern University, during which he was a Law and Public Affairs Fellow at Princeton University and a Russell Sage Visiting Scholar in New York City.

Special thanks to:
Students & Staff of Law in Action Within Schools (LAWS) Program — collaborative program of University of Toronto Faculty of Law and Osgoode Hall Law School at York University

A SUPER Special Thanks with A HUGE Shout-Out to the entire Blue J Team: Your enthusiasm and company culture is truly remarkable.

You were all instrumental in the making of this film!